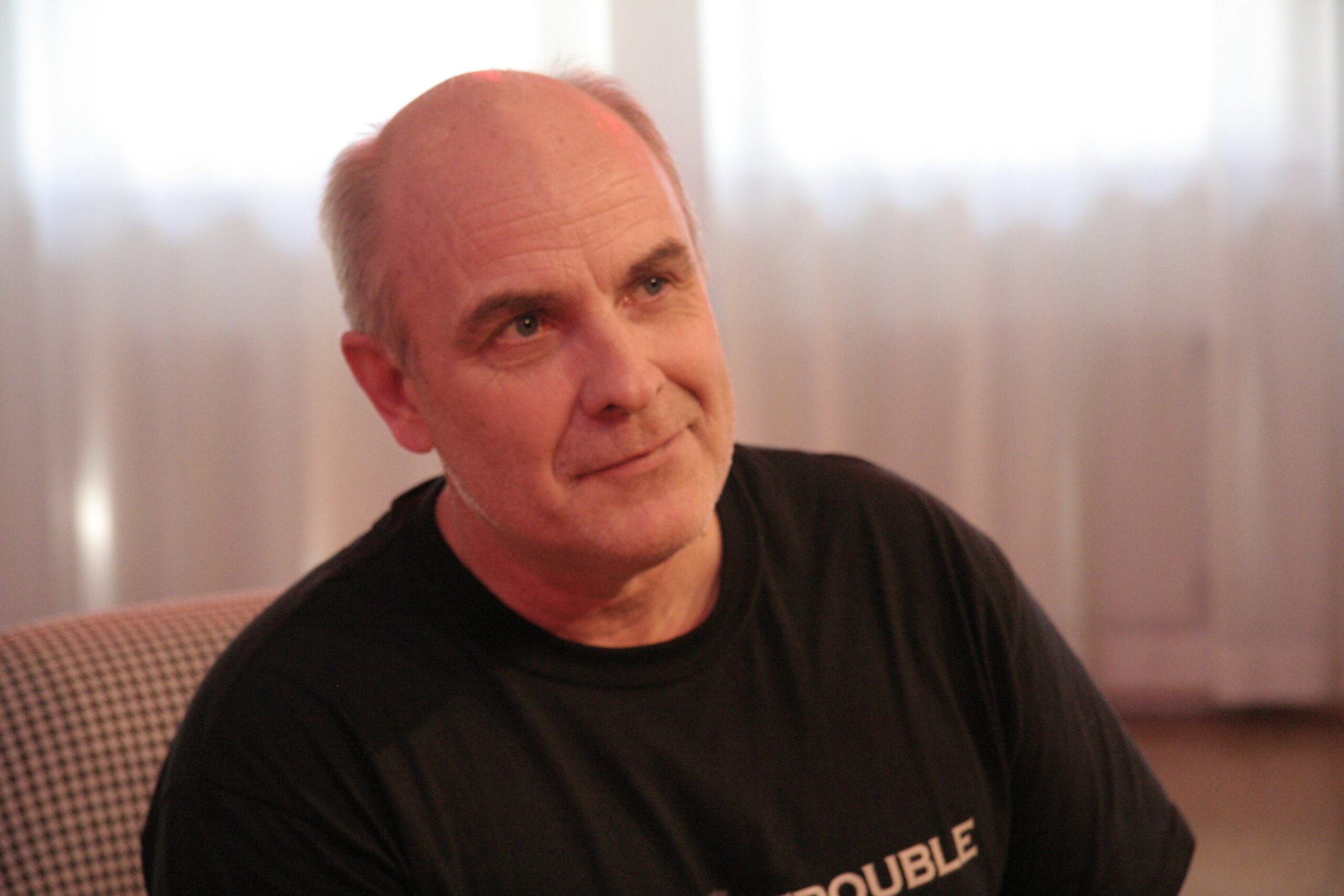 Peppe is a trained performer and fight director who has been teaching and choreographing movement, acting and dramatic combat internationally for almost 30 years.

Peppe started out as an actor, clown and storyteller in Scandinavia before moving on to working with movement, dance and dramatic combat. He was the Sword Master for “Arn – The Knight Templar” and “Arn – The Kingdom at Roads End”, which were nominated for Best Action in a Foreign Film at the Taurus Stunt Awards. He has choreographed fights for among others: “King Lear” for Romateatern, “Fiddler on the Roof” for Malmö Opera, “Warriors” for Pontus Lidberg Dance at Norrlandsoperan, “The Three Musketeers” for the National Theatre in Oslo, “Don Carlos” for Göteborg Stadsteater, “Romeo & Juliette” (Prokofiev) for Malmö Balletten, “Zorro” for Uppsala Stadsteater, “Twelfth Night” for Örebro Länsteater, “Hamlet” and “Waiting for Godot” for Östgötateatern, “MacBeth” for Cressida Brown at Shakespeare and Company’s Bard En Seine Festival in Paris.

As a masterclass teacher, or as a teacher and fight director representing the NSFS, he has taught movement, acting and dramatic combat at College of William and Mary and Ann Arbor University in the USA, The Paddy Crean Festival in Washington DC in the US and Ontario on the Lake and the Banff Cultural Centre in Canada, The Cultural Academy in Riga, Latvia, The Theatre Academy in Oslo, Norway, Academy for Performing Arts in Fredrikstad, Norway, Mr. Pejo’s Wandering Dolls in St. Petersburg, Russia, Teatr Groteska in Krakow, Poland, The Royal Academy of Music in Copenhagen, Denmark, Bristol Old Vic Theatre School in England, and several other institutions.

Peppe started teaching dramatic combat in the early 90’s. He arranged the first international dramatic combat workshop in Sweden in 1992. He repeated the workshop annually, and founded the Nordic Stage Fight Society (NSFS) in 1995. Peppe became a certified NSFS teacher at the first teacher certification workshop in 1997. He has taught dramatic combat internationally since then. In 1998, he was invited together with Jonathan Howell and Maria Winton to teach at the first dramatic combat workshop in Estonia. Together with his late wife, Maria Winton, he was in charge of scheduling and curriculum for the annual Estonian summer workshops until 2005. These workshops resulted in the foundation of the Estonian Stage Fight Society. Peppe served as chairperson for the NSFS twice. He is also the founder of the NSFS mentor program for the education of new NSFS teachers.

Peppe is a Honorary Fight Master with Fight Directors Canada, and he was the Artistic Director for The International Order of the Sword and the Pen from 2001-2007. He is a two time recipient of the Paddy Crean award 2007 and 2015.

In 2012, Maria Winton and Peppe Östensson founded the 2-year international professional training program in physical theatre called Acting and Collaborative Theatre / Linjen för Scenkonst in Linköping, Sweden. They ran the school together until Maria passed away in January 2016. Peppe continued working as the Artistic Director of the school until January 2018.

In the summer of 2017, Peppe married Hilde Veronika (formerly Høie, now Östensson), and together they now offer their services as freelancers internationally.
peppe.ostensson@gmail.com

In the summer of 2017, Peppe married Hilde Veronika (formerly Høie, now Östensson), and together they now offer their services as freelancers internationally.