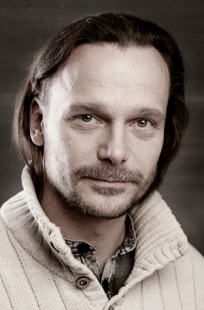 Indrek Sammul (born 1972 Estonia, Viljandi) is a well-known actor and stage fight choreographer in Estonia. Studied 1990 – 1994 at the Estonian Music and Theatre Academy.

Throughout his career Indrek has been working in the big Estonian theatres like Tallinna Linnatetater, Ugala and now in Estonian Draamateater and has created over 60 different characters. Among them: Romeo, Rocco, D’Artagnan, Laertes, Tuzenbach, Verzhinin, Salieri, Rodion Raskolnikov etc.

He became Nordic Stage Fight teacher in 2003 but taught and choreographed in Estonia long before that. He has been teaching stage fight in 3 different acting schools and has choreographed over 40 fights on the big stages in Estonia. Among them the legendary productions of Three Musketeers and Hamlet at Tallinna Linnateater.