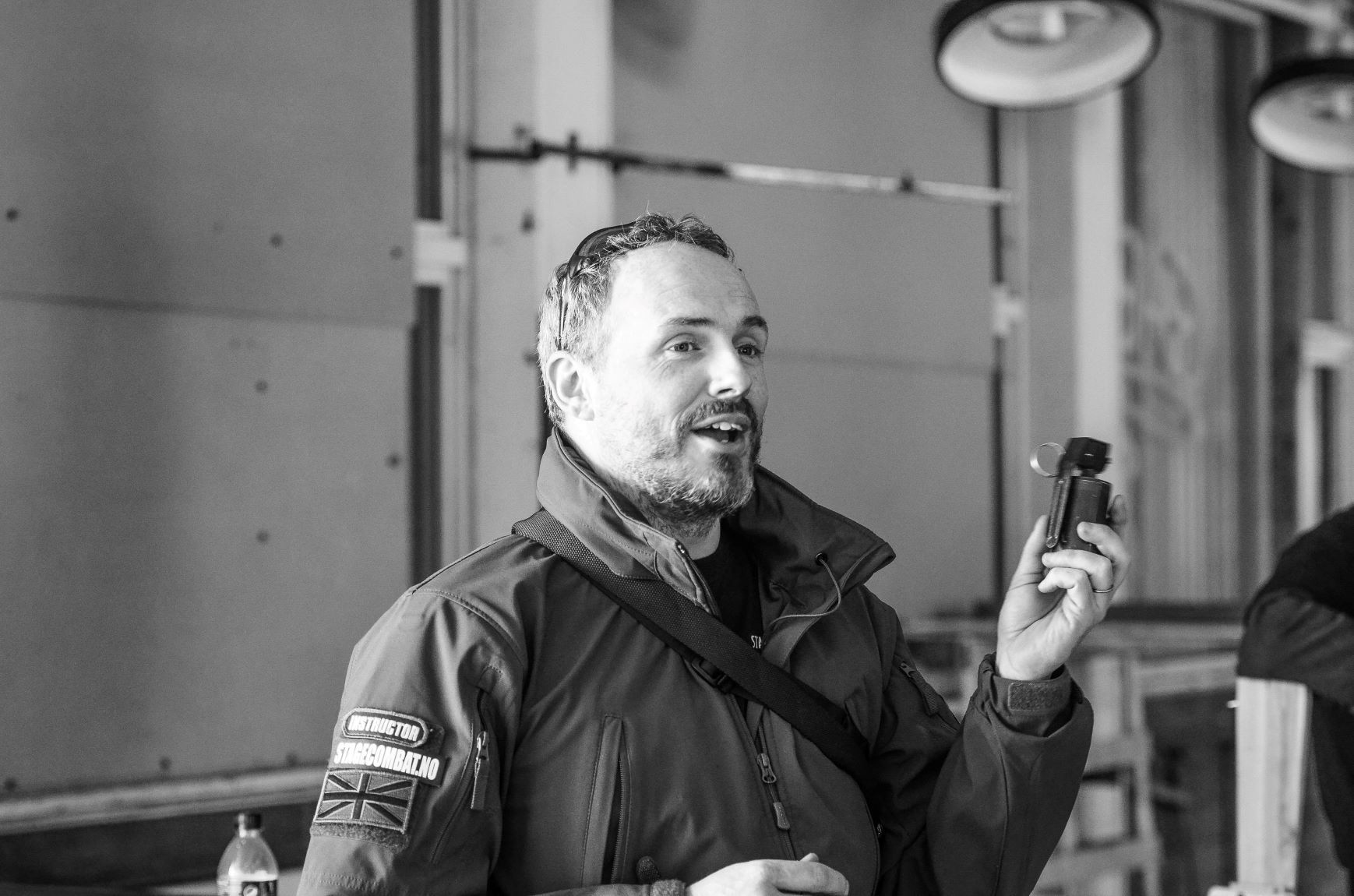 Huw William Reynolds, has spent most of his life in the performing arts. This has been through sacred music, theater, musicals, and opera. He is currently based in Oslo, Norway, and teaches stage combat at Den Norske Teatret and the Norwegian national opera academy, as well as performing onstage as a singer and as a fight director for productions at the Norwegian National Opera and as a guest at the Polish National Opera.

He has appeared onscreen as a fight performer and behind the camera as a firearms and tactics instructor in international films and Norwegian TV series, as well as a tactical consultant to productions for the Norwegian national broadcaster, Netflix and Sony.

He is certified stage combat teacher with the Nordic Stage Fight Society (NSFS) having mentored under Kristoffer Jørgensen.

THE WORKSHOP IS CANCELLED

If you have any questions about cancellation please be in contact via info@dramaticcombat.fi.